Following an Animal Welfare Review Stakeholder Deliberation hosted by the Minister for Agriculture and Food last week which involved discussions about amendments to the Animal Welfare Act 2002, WAFarmers reminds the public that animal health, welfare and wellbeing remains the number one priority for livestock producers.

“The State Government is determined to at least amend the Act to allow for the application of National Standards and Guidelines, as they are in the rest of the country,” WAFarmers President Tony York said.

“WAFarmers has been involved in the development of the National Animal Welfare Standards and Guidelines and considers them to be a robust set of legally enforceable standards and best practice guidelines that can be adopted reasonably by the whole livestock industry.

“We are concerned with the proposed amendment that removes the right of entry without cause and we support the use of DPIRD inspectors to investigate any breeches of the Act.

“We will closely follow how the state legislation amendments will be applied to ensure the Standards and Guidelines are used as intended by law.

“Given considerable interest from industry and animal advocacy groups at the workshop, the analysis and summary of the event must carefully balance every point of view to realise an acceptable and achievable outcome.”

“There are very few incidents of animal cruelty in commercial farming; the industry does not condone or ignore any mistreatment of livestock, and supports continued educational efforts to increase awareness of best practice.

“The recent inclusion of animal welfare standards and guidelines as an essential component of the Livestock Production Assurance Program indicates the industry’s commitment to the humane care of its livestock.

“Unfortunately recent distractions regarding the continued operation of outdated live export ships diverted attention from the great strides made towards improving live export outcomes over the last ten years.

“The application of new regulations in ship design and ventilation has resulted in many new ships being built with considerable capital investment by the industry, which have been introduced to the live export trade.

“Given extremely good statistical outcomes that readily demonstrate the integrity of this industry, the effects of ESCAS protocols are changing animal welfare outcomes for many animals from other nations in those markets as well as our own.” 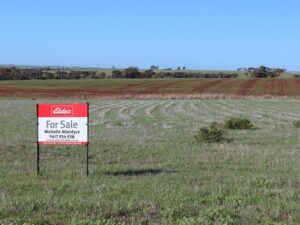